Timy offers himself to you 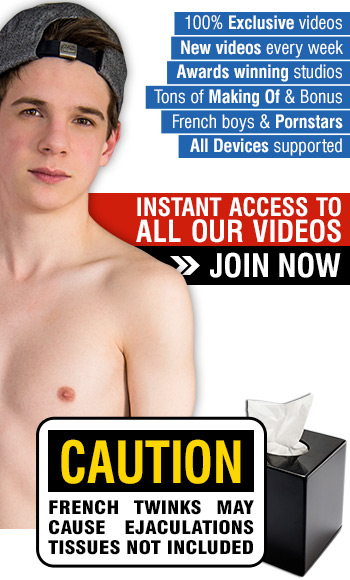 "When a young fan becomes a performer"

Timy Detours is a young French fan of French Twinks Studios who has followed us for a long time on social networks and watched all our videos, dreaming about getting to the other side of the screen. After he applied on our website and by seeing his motivation, we welcomed him into our studio for a first solo test which has been very successful!

Timy has exhibited in the shower with natural easw and sensuality. He caress's his hairless body, soaps his ass and rub his cute dick which is hard and stretched like a rubber band. While the twink is jacking off he starts to piss, still erect. He then leans forward and spreads his buttocks to let us discover a pink hole that he fingers vigorously. He then introduced a shower gel in his anus and end his performance by dildoing his fresh ass with a big sex toy and ejaculating on his stomach before swallowing his own sperm.