Hard sex session in the toilets 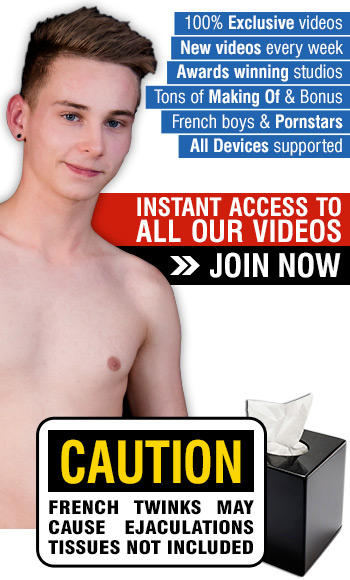 Camille Kenzo has invited Clement to go clubbing with him and his intentions are'nt limited to dancing and drinking. It’s been a while and the twink has been fantasizing about this mysterious boy that he met on the internet and the opportunity is too good to pass up on.

Clement is a handsome guy who is 24, he is devastatingly charming and is being filmed for the first time and after naturally moving closer to Camille on the dance floor, he leads him into the bathroom to get sucked off greedily by the young twink before playing with his ass. Clement will then brutally fuck Camille and the twink’s cries of pain willstop him from being buggered with Clement’s thick cock.

Antoine Lebel (French Twinks Producer)
Filming in narrow toilet of a nightclub was a very interesting experience. In order not to be in the range of one another, my cameraman and I are forced to shoot from unusual angles and the result and bluffing. The plans made by penetrations below, or views from above, voyeur style adds to this already very intense scene a unique twist.