Fucked by Vampires for Halloween 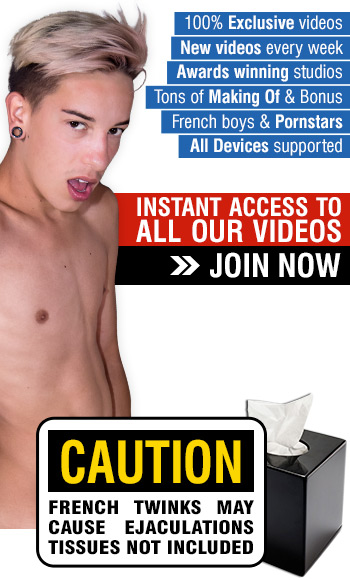 "A twink at the mercy of bloodthirsty vampires who crave sex"

On this day of Halloween the innocent Loic Miller toured the houses to collect candy. The twink does’nt doubt that ringing on Kevin Ventura’s doorbell will give a totally different turn to his night. Loic is welcomed by this strange character who offers him candy and urges make him drink a very odd taste potion... which is none other than human blood!

Antoine Lebel (French Twinks Producer)
French Twinks wish you a happy Halloween and offers a scene of a rather special kind. An improvised shooting we explored an "artistic" vision of sex and the filming way following our desires. Kevin, Alexis and Loic were outstanding and had a lot of fun in a not always easy shooting.